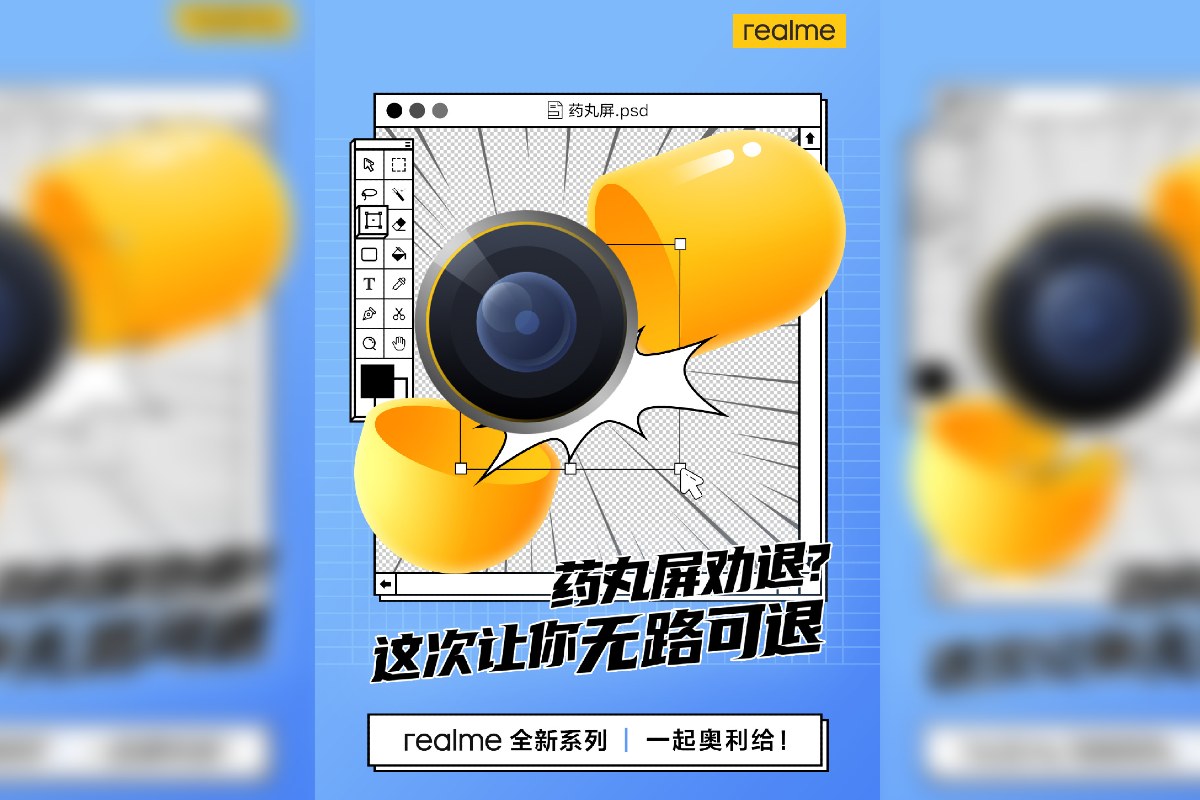 Realme has started teasing the arrival of a new smartphone series that will come with a hole-punch display design and offer 5G connectivity. The new development comes just days after a tipster suggested the debut of the company’s new series that is claimed to solve early 5G issues. In addition to the teaser posted by the Chinese company, Realme Chief Marketing Officer (CMO) Xu Qi Chase has separately posted a screenshot on Weibo to suggest some of the key features of its new smartphone series.

The teaser image posted by Realme through its Weibo account suggests that the new smartphone series will come with the hole-punch display design. It, however, doesn’t provide any further details.

Nevertheless, Realme CMO Xu Qi Chase suggested the features of the new smartphone series through the screenshot posted on his Weibo account. The screenshot suggests that the first model in the new series would include the camera cutout on the top-left side of the screen. It also shows off 5G connectivity on the smartphone. Furthermore, there is Oppo’s Breeno digital assistant that would be a part of the new series.

If we look at the rumour mill, the new smartphone series is aimed to solve some of the existing 5G connectivity issues. It is likely to debut in China in the near future, though considering the historical records of Realme, the new series could debut in India and other markets as well.

Some reports indicated that the first phone in the new series could be the one that recently surfaced on China’s TENAA site with a model number RMX2121. That phone appeared to have a quad rear camera setup, hole-punch display, and a gradient back finish. It was up until now rumoured as the Realme X3 Pro.

Realme is participating at IFA 2020 in September where it may unveil the new smartphone series, alongside showcasing its range of connected devices. Meanwhile, you could safely expect some new teasers and rumours emerging on the Web to suggest the key features of the upcoming offering.

Poco M2 Pro: Did we really need a Redmi Note 9 Pro clone? We discussed this on Orbital, our weekly technology podcast, which you can subscribe to via Apple Podcasts, Google Podcasts, or RSS, download the episode, or just hit the play button below.