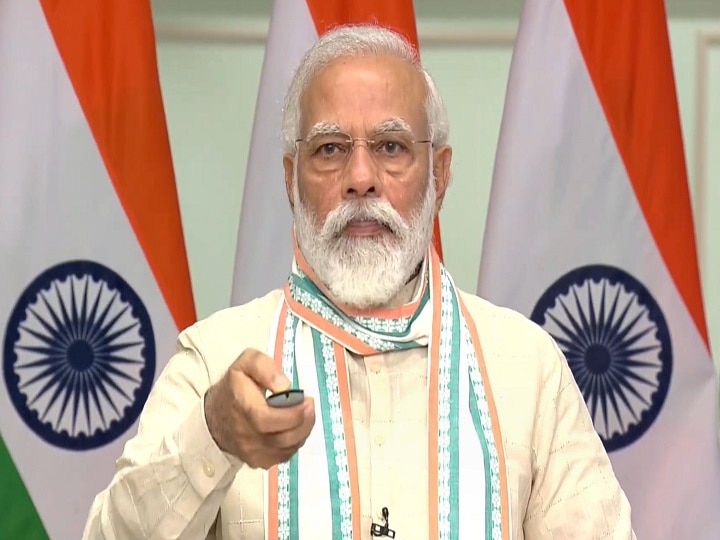 New Delhi: On Tuesday, June 30, the day when India reaches to the conclusion of first phase of Unlocking the country from months long shutdown, Prime Minister Narendra Modi is set to address the country tomorrow evening at about 4 PM. ALSO READ | ‘Deeply Grateful For The Overwhelming Support,’ PM Modi On India’s Election To UNSC As Non-Permanent Member

As posted by the Prime Minister’s Office on its official Twitter handle, “Prime Minister Narendra Modi will address the nation at 4 PM tomorrow.”

Prime Minister @narendramodi will address the nation at 4 PM tomorrow.

As of now, the Prime Minister’s Office has not  specified whether tomorrow’s address will focus on rough relations with China amid the ongoing border dispute along Line of Actual Control, or will PM talk about the evolving Coronavirus situation that has shown little sign of Improvement in the country.

In his Sunday’s address to the nation during Mann Ki Baat, PM Modi had interacted for the first time with Indian citizens over the India-China dispute at Galwan Valley. In his speech, PM said that India very well knows how to respond to aggression against it.

He hailed the heroism of the 20 soldiers who were killed in the Galwan valley face-off and said that the brave jawans of India know how to protect the territorial integrity of the country.

“India bows to our brave martyrs, they have always kept India safe. Their valour will always be remembered, PM Modi said, in his first address after the Galwan Valley face-off between India and China along Line of Actual Control.

While the latest edition of PM’s Mann Ki Baat was focused on India-China face-off, the previous two editions of Mann Ki Baat were focused on the Coronavirus pandemic and resultant lockdown. In his last address PM had said that people should stay vigilant and it is important to be even more careful now as a major part of our economy has opened up.

Meanwhile, the Union Ministry of Home Affairs (MHA) today issued new guidelines for Unlock 2 to open up of more activities in areas outside the Containment Zones. The new guidelines will come into effect from July 1, 2020, the process of phased re-opening of activities has been extended further.

ALSO READ | By Banning Its 59 Apps, India Hits China Where It Hurts The Most

The new guidelines, issued today, are based on feedback received from States and UTs, and extensive consultations held with related Central Ministries and Departments.

Mysterious Deaths Of Over 350 Elephants In Africa Baffle Scientists

Mysterious Deaths Of Over 350 Elephants In Africa Baffle Scientists

Amit Shah Says, I Am Healthy, Not Suffering From Any Disease