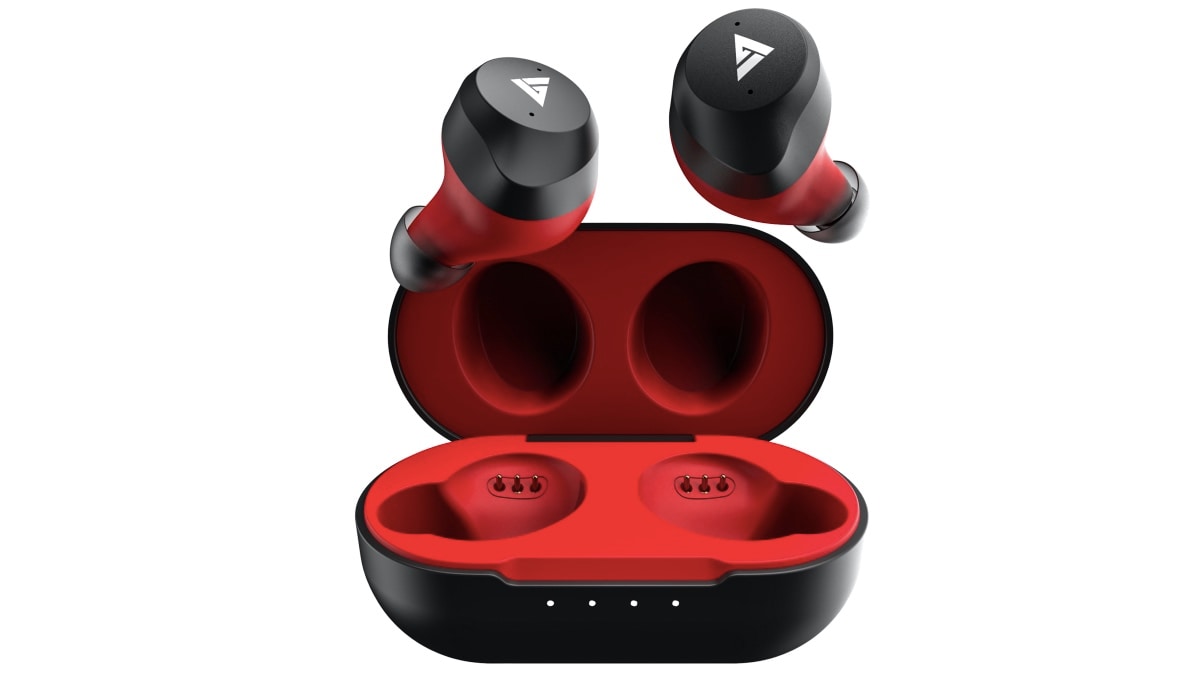 Boult Audio Truebuds have been launched in India, and the new true wireless stereo (TWS) headset takes on increasing competition in the affordable TWS segment, including the recent high profile launches from Redmi and Realme. The Boult Audio TrueBuds feature touch controls and IPX7 water resistance, along with several more premium features that will help it stand out among its rivals. The true wireless earphones are available now on Amazon and Flipkart in India in two colour variants – red-black and grey-black.

At Rs. 2,499, the Boult Audio TrueBuds are priced slightly higher than the recently launched Realme Buds Q and Redmi Earbuds S, but promise more in terms of features and battery life. Core features such as IPX7 water resistance and CVC noise cancellation make this a more feature-filled headset.

The key feature of the Boult Audio TrueBuds is their one-touch controls, which lets users control playback, answer calls, or invoke voice assistance through touch gestures on the earphones. The earphones also feature IPX7 water resistance, making them fairly resistant to all kinds of water exposure including being completely submerged for short periods of time. Not too many TWS earphones in the affordable segment come with touch controls and this level of water resistance, so Boult Audio will hope to use this to its advantage.

Apart from this, the Boult Audio TrueBuds promise up to eight hours of playback on a single charge, with an additional two full charges from the case. There is also an ultra low-latency mode, which will come in handy while playing games on a phone. The Boult Audio TrueBuds support Bluetooth 5.0, and are powered by 6mm drivers.

Why are smartphone prices rising in India? We discussed this on Orbital, our weekly technology podcast, which you can subscribe to via Apple Podcasts, Google Podcasts, or RSS, download the episode, or just hit the play button below.

Affiliate links may be automatically generated – see our ethics statement for details.